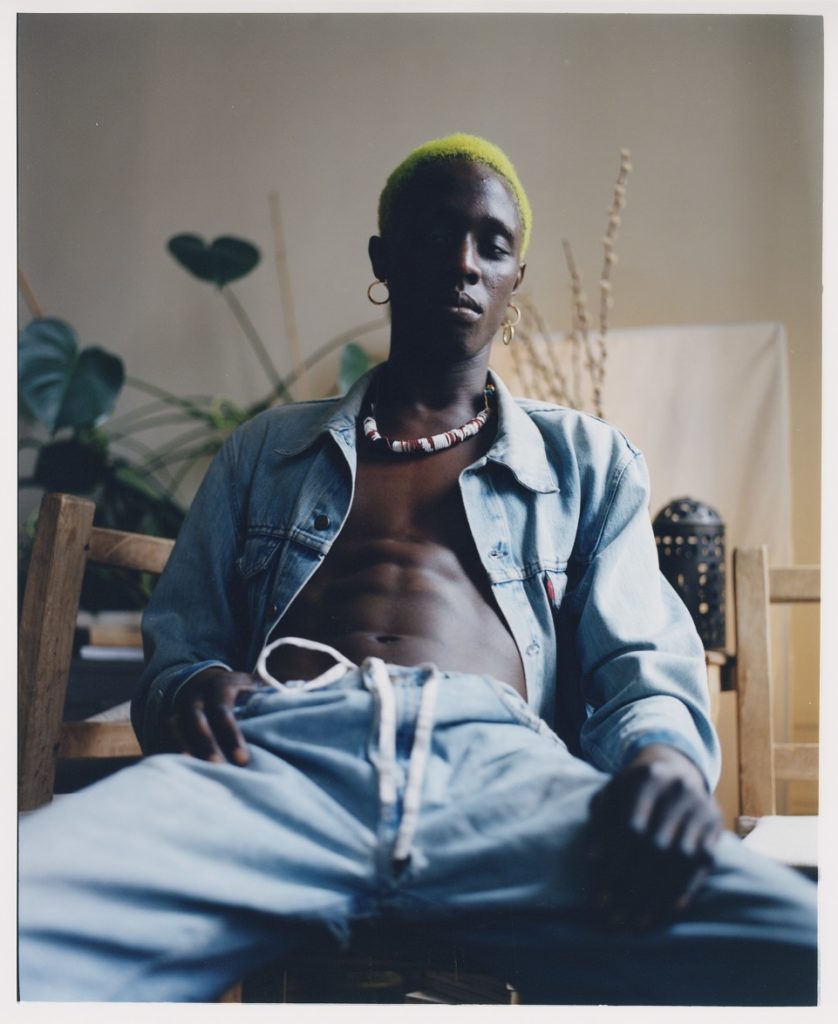 A lot of Paris-based musician Le Diouck’s work is inspired by his time living in Senegal, and his daily life in France. Two years ago his friend DJ Bamao Yendé asked Le Diouck to sing on a track and together they set up the band Nyoko Bokbae – now, he sings in three languages: Wolof, French, and English. “Singing my mother’s native language is a source of great pride for me, and mixing these three languages ​​is very groovy.”

He’s soon to release new music with Boukan Records, all while walking for the likes of Comme des Garçons and starring in a Gucci campaign. Le Diouck believes in his generation: “We must realise that it is up to us to take matters into our own hands in order to widen a peaceful and benevolent way of being, mutually speaking, for other generations to come,” he says.

His music is about expressing the beauty of these cultures that shaped him, and that’s what his cause is too: “freedom of expression in the world, simply.”